We interrupt this blog…

…for a musical announcement. Kanye West has released a new album. 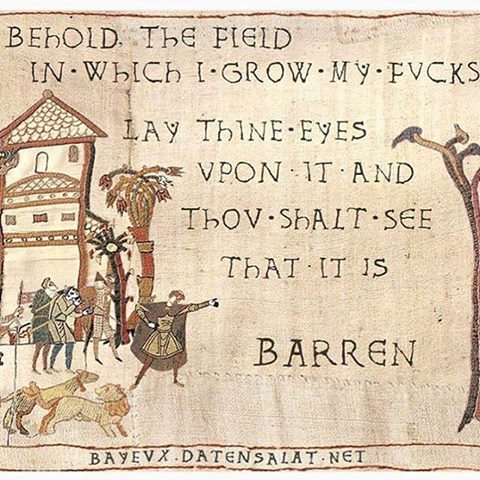 We will return soon with more talk about music discoveries in England.

My next music source, accounting for the majority of my U.K. CD purchases, was discovered by accident, when I popped into Poundland to buy toilet paper. Much like our American dollar stores, the Poundland chain offers a mish-mash of items priced at £1 or £2 pounds per, or mixtures thereof (3 for £2, etc.). To my delight, the store had a fairly large wall section devoted to CD’s and DVDs in fully guaranteed “replay” condition. (Upon opening, I found them all in superb condition.)

If I were Robbie Williams, I’d be worried. The former Take That singer hardly registers a blip with American audiences, but is a stadium-filling star in the U.K. And yet, in his homeland, you can find an extensive slice of his discography –at least a half dozen titles – in the Poundland racks. I have all the Robbie Williams, I need, so I went for others. At an exchange rate close to $1.50, I bought the following over the course of two visits, restricted not by price but by the need to conserve packing space. (As it is, I left all the jewel cases at home, preserving only digi-paks and multiple disc sets):

1. The Pigeon Detectives – Emergency (PIAS/Dance to the Radio, 2008) I’d heard the name before and loved the album graphics – cartoon rocketship, spacemen with rayguns. Listening now, it’s a bright, easy pop sound. Titles like “Love You for a Day (Hate You for a Week)” and “Keep On Your Dress” give it a cheeky monkey feel.

2. Guillemots – Through the Windowpane (Polydor, 20066) Before we left the U.S., younger daughter and I were talking about music she liked back in Toronto, where she’s lived for the past five years. She mentioned liking this band, which I had no knowledge of, so buying this was a no-brainer.

3. Moshi Monsters – Music Roxy (Mind Candy, 2012) Again, the graphics got me – some kind of kids show, with a trippy anime-meets-Teletubbies vibe. From Wikipedia: “Moshi Monsters is a website aimed at children aged 6–12 with over 90 million registered users in 150 territories worldwide. Users choose from one of six virtual pet monsters…” and “once their pet has been customized, players can navigate their way around Monstro City, take daily puzzle challenges to earn ‘Rox’ (a virtual currency), play games, personalize their room and communicate with other users in a safe environment (most [sic] the time).”

Not surprisingly, the little dudes’ success has led to Moshi Monsters Magazine (“the number-one selling kids’ magazine in the UK”), a video game, books, toys, and a feature film which one Englsh critic said “will leave adults bored, stupefied, revolted and appalled.” 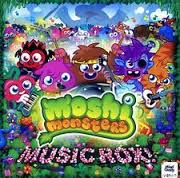 The music here? Very synthy, with chipmunk-y vocals on some tracks, and a few actually catchy pop/rap mixes, like “Moptop Teenybop (My Hair’s Too Long).” Kids just wanna have fun, after all. BTW, In 2011, Lady Gaga’s legal team was granted an injunction by a U.K High Court High Court to stop the Monsters’ parent company from releasing music by a character named Lady Goo Goo, including the parody “Peppy-razzi” (similar to “Paparazzi”). There’s nothing of such a parody nature to be had here

4. Sander Kleinenberg – Renaissance: Everybody (Renaissance, 2003) Again, Wikipedia: “a Dutch disc jockey, VDJ and record producer. He founded and runs Little Mountain Recordings and THIS IS Recordings. Kleinenberg is well known for his use of digital video in concerts, his “Everybody” and “THIS IS” brands of club nights and albums…” He’s also done remixes for Justin Timberlake, Madonna, Janet Jackson, Daft Punk, and Katy Perry, among others.

I knew none of this, but the double-CD compilation – still just one pound! – seemed like a good way to hear some new (to me) electronica. It’s playing as I type this and while I enjoy the genre as energizing background music, I also wonder whether some of these compilations are the musical equivalent of a bottle of wine – cost about $10-15 and, once you’ve enjoyed it, you can put the empty into the recycling.

5. David Craig – Born To Do It (Wildstar, 2000) I recall the name as a British artist of some reknown, and heard him on the radio later on the trip as if to confirm that it was a good pound spent.

6. One Night Only – Started a Fire (2008) Five young moptops walking through a hallway on the cover, and a sticker that reads, “The UK’s most perfectly crafted arena band – NME.” Coming from NME, that could be a slap and not a kiss, but I gave it a go and am enjoying the pleasantly accented pop/rock tunes which, it turns out, were produced by the credible Steve Lillywhite. Alas, the sticker promised extra downloads but they are of a previous software version that cannot be read anymore. (How many of those spiffy enhanced CDs we bought years ago have suffered the same fate?)

It seems that the band is still alive and kicking, having released an album just last year through fan funding. And I just read that the band once toured with the Pigeon Detectives, so I have a complete show! 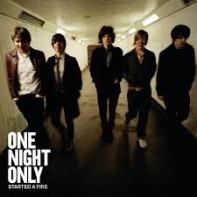 At the £1 price point, I couldn’t resist a few discs by American artists – titles I didn’t have in the home collection, like:

8. The Killers – Sawdust. (Vertigo U.K. 2007) I didn’t realize they’d recorded with Lou Reed (opening track, Tranquilizer”) or did covers of “Ruby Don’t Take Your Love to Town” (meh) and “Romeo and Juliet” (fine, but nothing beats hearing it in the studio when I went to interview Mark Knopfler during the recording of the Dire Straits original.) (Sorry, I didn’t intend to be an obvious name-dropper, but it just occurred to me, and damn he was lovely to meet!). Except for the dance remix of “Mr. Brightside,” which I already have, not sure there’s much I’d keep after running through most of it.

Chances are, if I’d been in England longer, I would have gone back to Poundland yet again. And would probably have a lot more Robbie Williams in my collection.

Next up, I finally get some NEW music, thanks to Tesco.

Our week-long visit to England lost a day when our flight was delayed from Wednesday night (Jan. 20) to Thursday morning (Jan. 21). Given that we were there to see Grad Girl’s PhD ceremony, attend/provide various goodbye/30th birthday celebrations before bringing her home, and had one full day booked for the Harry Potter Studios tour just outside of London, there wasn’t much time to go searching for music events/purchases. Our home base for the visit was the historic-and-quaint-to-the-point-of-being-almost-unnerving Stratford-Upon-Avon and it had no record store – or so I thought. (It’s called foreshadowing.)

As we toured the town, I kept my eyes peeled for potential sources of musical satisfaction and, when I saw the Oxfam books and music thrift shop, I dove in, of course. There was a small selection of vinyl, some of which was priced for collectors – $25+ for a Beatles LP! (didn’t check/don’t think it was a particular rarity) – and a lot of cheapies that didn’t inspire excitement.

Younger daughter got the best of the lot – Relaxing with Val (Doonican), volume one (!) in a Readers Digest collection, made in France and taken from the Phillips catalog. Here’s our boy, the fifth Beatle on our adventure, as we carried the vinyl around carefully and worked to make sure he was comfortable and safe.

The liner notes on this record are a hoot, and reading them aloud was a favorite pastime around the dinner table. Here are a few of the best bits, referring to various songs on the vinyl (emphasis on what quickly became our vacation catchphrases):

”The Lover’s Ghost” – “A young man welcomes back his sweetheart after a long absence, but then makes the disconcerting discovery that she is dead.”

“My Coloring Book” – “A self portrait of lovelorn despair….Val invites us to wield the melancholy crayons, and depict the empty loneliness of his life now that the girl he depended upon is gone.”

“Innocent” – “The keynote of realism continues with a song beginning in the fairweather idyll of childhood for a boy and girl and ending in lethal finality for both of them as life progresses, corrupting and betraying. Notice again the total lack of casualness in the Doonican approach, which contains a maximum of perceptive awareness.”

Wow. The liner notes gave no credit to the writer, but s/he is my new literary hero(ine).

On Wikipedia, I learn that “Michael Valentine “Val” Doonican (3 February 1927 – 1 July 2015) was an Irish singer of traditional pop, easy listening, and novelty songs, who was noted for his warm and relaxed style.” He also frequently sang from a rocking chair. (One of his albums is entitled Val Doonican Rocks, But Gently).  He also makes a cameo appearance on the Bonzo Dog Doo-Dah Band‘s “The Intro and the Outro,”saying “hello there.”

When I was searching for images of Val, Google gave me the following: 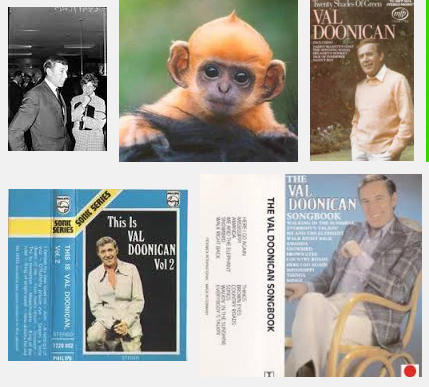 The gift just keeps on giving. Next to the gently rocking glory of Val, the few CDs I bought to satisfy my initial itch for tune-age paled in comparison:

Don’t want to leave you on a down note. Come back soon because next up, there will be a musical feeding frenzy at Poundland!